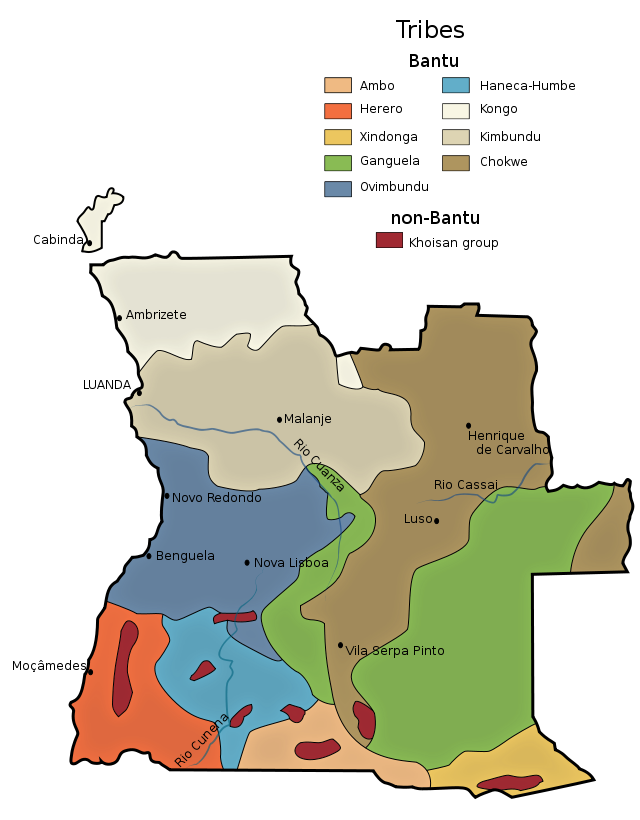 The indigenous San peoples of southern Angola, also known as Bushmen, are the oldest inhabitants of Angola and southern Africa and are mainly located in remote and inaccessible areas. Many (mainly in Kuando and Kubango provinces) still live as hunter-gatherers, staying in rudimentary shelters and moving within their ancestral territories, while others have settled in homesteads where they practise agriculture, surrounded by Bantu neighbours, or live in urban communities. The population of Angola numbers around 15.5 million people and the San are estimated to account for approximately 0.04 percent of that figure. The majority of the San reside in Huíla, Kunene and Kuando Kubango provinces in southern Angola and probably also in Moxico Province in south-western Angola. The exact numbers and location of all San communities is not, however, known.

Situation of indigenous peoples in Angola

The San is a small, vulnerable ethnic minority. In Angola, they live in extreme poverty, often in areas that are not yet cleared of landmines. The illiteracy rate among Angolan San is very high and, due to lack of infrastructure, lack of birth certificates and discrimination, few San children attend schools. The mortality rate of the San is very high due to lack of clinics. Even in areas where there are private clinics, San families do not have money to pay for medication and treatments.

No constitiutional recognition of indigenous peoples in Angola

The new Angolan Constitution that has recently been approved by the National Assembly unfortunately does not foresee a specific policy or law to protect the indigenous peoples of the country.

Angola has ratified ILO Convention 107 concerning the Protection and Integration of Indigenous and other Tribal and Semi-Tribal Populations in Independent Countries. However, there are no specific laws on indigenous peoples’ rights in Angola.

...and if you dont like reading what about watching this award winning DVD.

Why not take to the skies?